“The pedal is the soul of the piano.” 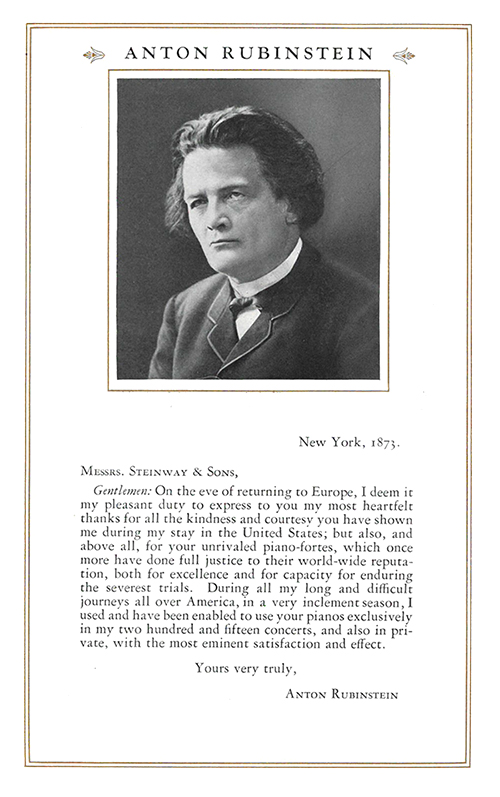 Anton Grigorevich Rubinstein (1829-1894) was a Russian pianist, composer and conductor who became a pivotal figure in Russian culture when he founded the Saint Petersburg Conservatory.

As a pianist, Rubinstein ranks among the great 19th-century keyboard virtuosos. He became most famous for his series of historical recitals—seven enormous, consecutive concerts covering the history of piano music. Rubinstein played this series throughout Russia and Eastern Europe and in the United States when he toured there.

Although best remembered as a pianist and educator, Rubinstein was also a prolific composer throughout much of his life. He wrote 20 operas, his most famous being The Demon. He composed a large number of other works, including five piano concertos, six symphonies and a large number of solo piano works along with a substantial output of works for chamber ensemble.