“A true artist leaves something everlasting behind. Steinway allows the utmost freedom of expression, making the highest artistic fulfillment possible.”

Zhenni Li’s riveting personality and passionate performances have brought audiences to their feet around the world.  Called “a thrillingly good pianist” by The New Yorker, she has been hailed for her “torrents of voluptuous sound” by Gramophone Magazine, and for her "big, gorgeous tone and a mesmerizing touch" by The Philadelphia Inquirer. Ms. Li has performed throughout North America, Europe and Asia in such notable venues as Lincoln Center’s Alice Tully Hall, Carnegie Hall’s Zankel Hall, the Metropolitan Museum of Art, Merkin Concert Hall, and WQXR’s Greene Space in New York; the Kimmel Performing Arts Center in Philadelphia; the California Theater in San Jose; the Grieghallen in Norway; the Berlin Philharmonie; and the National Concert Hall in Tianjin, China.

Her debut recording “Mélancholie” features works by Schumann, Lourié and Bartók, and was released on the Steinway & Sons label in 2018. The recording received high praise: "Zhenni Li’s new Steinway release is a bolt from the blue... Her beautiful sound is captured in full dimension and depth in this expertly engineered recording. Li leaves no detail of Schumann’s F sharp minor Sonata unattended...Li impresses as an artist of tremendous conviction, who fascinates even as she provokes." – Gramophone Magazine. Li's playing was further lauded by the Art Music Lounge as "...extremely expressive...with a smoldering undercurrent that reaches deep inside the notes...a fascinating album, one that points to an artist with a deep emotional commitment to the music she is playing."

Ms. Li attended The Juilliard School, where she earned her Bachelor and Master of Music degrees on a full scholarship under the tutelage of Seymour Lipkin and Joseph Kalichstein in 2012. After obtaining her Artist Diploma studying with Peter Frankl at Yale School of Music, she completed her doctorate studies at McGill School of Music under Dr. Stéphane Lemelin.  She has served as Piano Faculty/Chamber music coach for McGill School of Music for undergraduate students and the HeifetzPEG Institute in Virginia. She is the the co-founder and Artistic Director for "Fishin' in C Chamber Music Series," a diverse concert series in Philadelphia's Fishtown neighborhood, and “The Last Soirée,” a multi-genre performing arts series which launched in New York in Spring 2018. She is managed by Astral Artists. 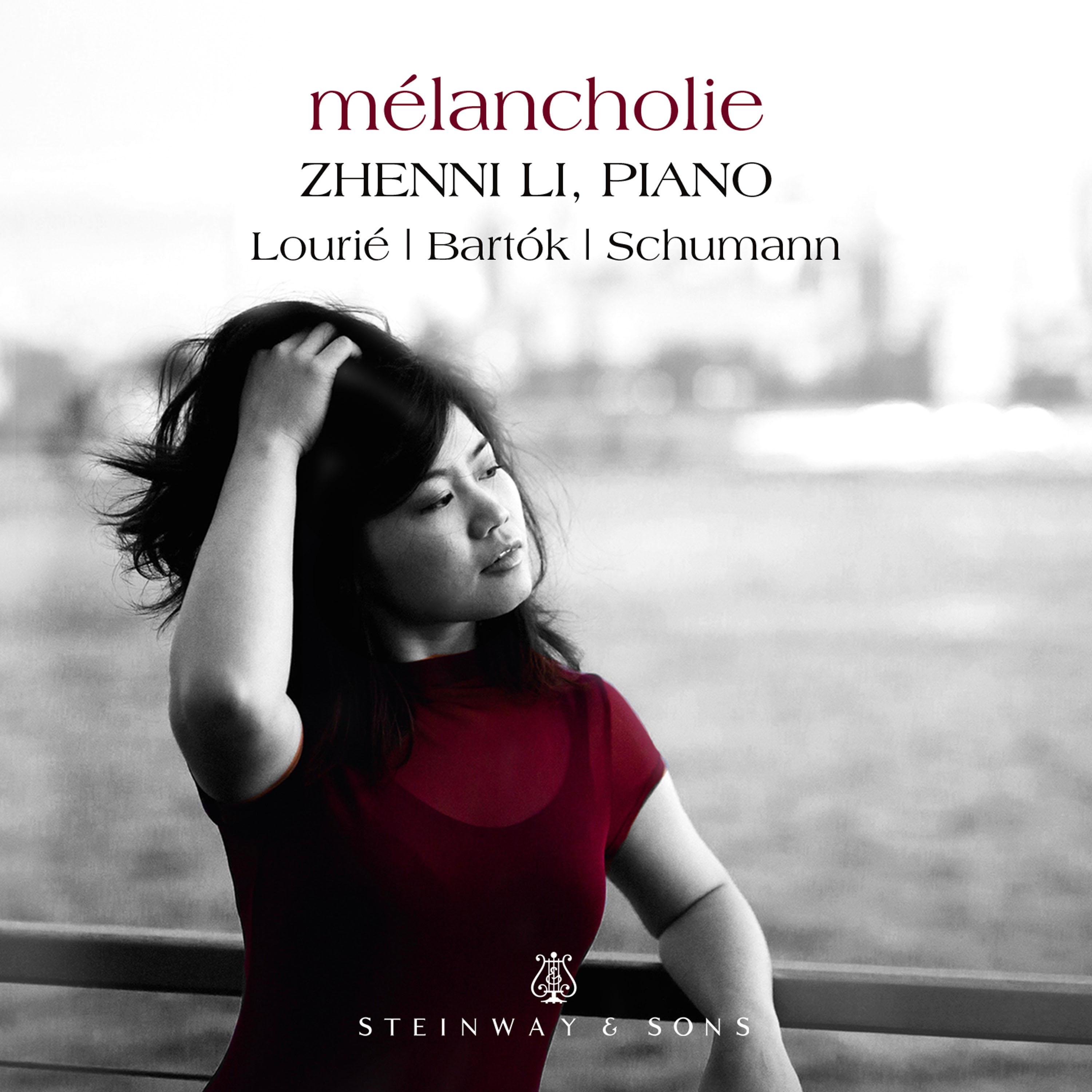 The album is available worldwide on CD and through all download and streaming services.

Mélancholie features works by Schumann, Bartók and Lourié played by, according to pianist and music critic David Dubal, “a magnetic pianist—with fire and poetry”.

Arthur-Vincent Lourié, featured on the first five tracks of Li’s album, “was a key figure among Russian composers involved in the Futurist movement, which largely drew inspiration from or paid homage to machines. Lourié’s earliest piano pieces, however, reflect the teenage composer’s eager assimilation of late Russian Romanticism, particularly the 5 Préludes Fragiles,” according to Jed Distler in the liner notes for Mélancholie.

"Robert Schumann’s F-sharp Minor Sonata counts among his most personal and idiosyncratic compositions, not the least in how he first titled it for publication: ‘Pianoforte Sonata, Dedicated to Clara, by Florestan and Eusebius, Op. 11.’ Listeners accustomed to the percussive tautness of Bartók’s works with piano from the late 1920s on will find a looser, more voluble keyboard approach in his earlier Elegies Op. 8b.”

“Zhenni Li found the quirky harmonic sensibility and strange beauty of Schumann with natural ease, with especially incisive drawing out of inner voices.”